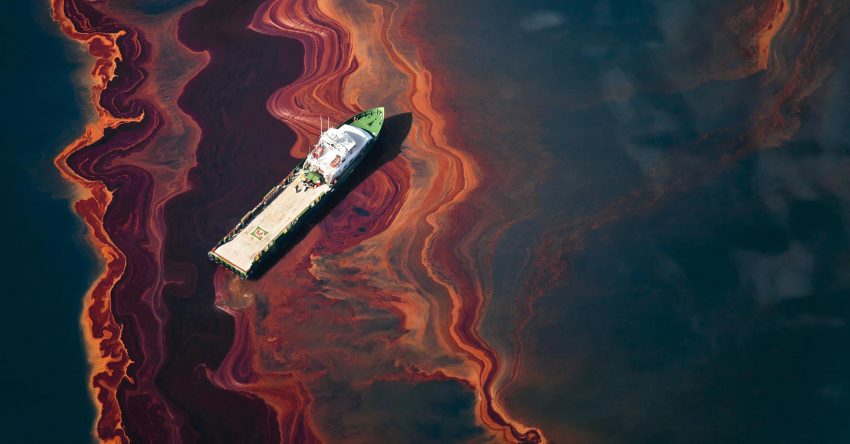 As per Wikipedia, oil spills is the release of liquid petroleum hydrocarbon into the environment, especially the marine ecosystem, due to human activity. It is considered as a form of pollution and marine oil spills is often termed to describe this problem. Oil spills have a number of effects on the environment and economy, we will discuss about it later on. Let’s understand, how oil spills occur and how it has increased over the years. One of the most abundant pollutants in the oceans, about 3 million metric tons of oil contaminates the oceans annually. Oil spills vary in their severity and the extent of damage they cause and this variation can be attributed to the oil type, the location of where the spill happened, and the weather conditions present. Including any type of crude oil or any type of distilled oil like kerosene, lubricating oil, diesel fuels, gasoline, hydraulic oil, and jet fuels. Oil spills are a serious concern as they can inflict a lot of damage to the ecosystem and the environment in a global aspect.

The effects of oil spillage is wide as it impacts the environment on a longer term. There are perceptions that are understandable as they are fueled by distressing images of oiled birds and other wildlife. It is something that we can’t deny that an oil spill can have a severe and short effect, especially when organism are considered on an individual basis. Environmental impacts should always be measured in a scientific context and should appraised at an ecosystem level rather than an individual one. It is important to base the extent of environmental damage on the effects to ecosystems.

Oil pollution is most commonly associated with tanker breakups or disasters at offshore production sites. Less than 10% of global marine oil pollution problems are accountable for being accidents. However, did you know that the largest source of oil pollution is runoff from land, which are derived used engine oil, municipal, and industrial wastes.

Oil spills are known to be fatal for plants, animals, and human life, the substance is so harmful that it can cause massive loss of species that live in the sea. Even though the public attention towards oil spills has grown in the last three decades, they have been happening for over a century. Since the coming of the industrial revolution, such accidents have been happening. However, the large scale problems that follow oil spills and their effects are more obvious to us today.

Oceans, marshlands, and aquatic ecosystems – Oil spills coat everything they touch and become unwelcome but long-term parts of every ecosystem they enter. When an oil slick from a large spill reaches a beach, oil coats and clings to every rock and grain of sand. If the oil washes into coastal marshes, mangrove forests, or other wetlands, fibrous plants and grasses absorb oil, which can damage plants and make the area unsuitable as wildlife habitat.

When oil eventually stops floating on the water’s surface and begins to sink into the marine environment, it can have similar damaging effects on fragile underwater ecosystems, killing or contaminating fish and smaller organisms that are essential links in the global food chain.

Birds – Oil-covered birds are a universal symbol of environmental damage wreaked by oil spills. Some species of shore birds might escape by relocating if they sense danger in time, but sea birds that swim and dive for their food are most likely to be covered in oil following a spill. Oil spills also damage nesting grounds, potentially causing serious long-term effects on entire species. The 2010 BP Deepwater Horizon offshore oil spill in the Gulf of Mexico, for example, occurred during prime mating and nesting season for many bird and marine species, and long-term environmental consequences of that spill won’t be known for years. Oil spills can disrupt migratory patterns by contaminating areas where migrating birds normally stop.

Even a small amount of oil can be deadly to a bird. By coating feathers, oil not only makes flying impossible but also destroys birds’ natural waterproofing and insulation, leaving them vulnerable to hypothermia or overheating. As birds frantically preen their feathers to restore their natural protections, they often swallow oil, which can severely damage their internal organs and lead to death.

Marine Mammals and Fish – Oil spills frequently kill marine mammals such as whales, dolphins, seals, and sea otters. Oil can clog blowholes of whales and dolphins, making it impossible for them to breathe properly and disrupting their ability to communicate. Oil coats fur of otters and seals, leaving them vulnerable to hypothermia.

Even when marine mammals escape the immediate effects, an oil spill can contaminate their food supply. Marine mammals that eat fish or other food exposed to an oil spill may be poisoned by oil and die or experience other problems. Often taking a toll on fish, shellfish, and other marine life, oil spills have put the marine life in a peril that is not so soon to be resolved.

In conclusion, oil spillage is not the only threat that marine life is facing. The increase in pollution, contamination of industrial chemicals, exploitation of the resources provided are some of the seripus threats that we face.