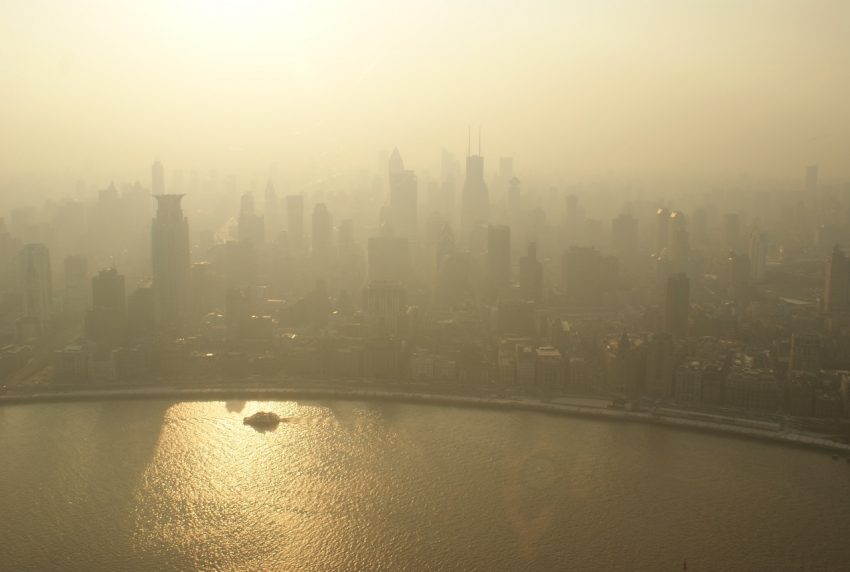 One thing that is affecting almost everyone in the world is smog. According to Wikipedia, smog is an intense air pollution that was coined in the 20th century. It is a combination of the words smoke and fog, because of its opacity and odor. This kind of visible air pollution is composed of nitrogen oxides, Sulphur oxides, ozone, smoke and other particulates. Smog is not something natural, it is something that is man-made as it is derived from coal combustion emissions, vehicular emissions, industrial emissions and more.

Categorized as winter and summer smog, it is totally different from each other. Summer smog is associated with the photochemical formation of ozone, this occurs when the temperatures are warmer and there is more sunlight present photochemical smog is the dominant type of smog formation. Winter fog occurs when the temperature is colder, and atmospheric inversions are common. It also increases when there is an increase in the amount of coal and fossil fuels used. Smog formation relies mostly on primary pollutants, which are emitted directly from a source, such as Sulphur dioxide from coal combustion, and secondary pollutants. These are formed when primary pollutants undergo a chemical reaction in the atmosphere.

Waste incinerators, burning of coal and vehicular and industrial emissions are the main gasses that form smog when acted upon by the sun’s ultraviolet light together with particulate matter and volatile organic compounds. Dense urban areas suffer more from smog because of huge numbers of traffic, industries, and combustion of different types of fuel. Smog has serious negative effects on people, plants, and animals. Smog can affect and prove to be dangerous for suburbs, rural areas as well as urban areas or large cities.

Smog is harmful as its components that form it are evident reason as to why smog is harmful to all living organism on earth. Several deaths have been recorded by smog, notably, those relating to bronchial diseases. Heavy smog is responsible for decreasing UV radiation greatly. Smog has also resulted in low production of vitamin D and this leads in severe health problems among the population. The effects of smog is felt immediately after a city or town gets covered by it. Smog is responsible for any ailment, whether it is minor pains or a deadly pulmonary disease such as lung cancer. Smog causes eye irritation and inflammation in the tissues of lungs which later results in chest pain. There are other health issues related to smog such as cold, pneumonia. It is proven that the human body cannot defend itself against the harmful effects of smog.

Here are the effects of smog:

Coughing and irritation of the eyes, chest, nose and throat: High ozone levels can irritate the respiratory system leading to coughing and wheezing. These effects generally last for only a few days after exposure, but the particles in the smog can continue to damage the lungs even after the irritations disappear.

Aggravation of asthma: Asthma conditions are severely worsened by smog and can trigger asthma attacks.

Breathing difficulties and lung damage: Bronchitis, pneumonia, and emphysema are some of the lung conditions linked to the effects of smog as it damages the lining of the lungs. Smog also makes it difficult for people to breathe properly.

Premature deaths because of respiratory and cancer diseases: A 2013 WHO report indicated that cumulative exposure to smog heightens the chances of premature death from cancers and respiratory diseases. Thousands of premature deaths in the United States, Europe, and Asian countries are linked to inhalation of smog particles. Such chemical particles include benzene, formaldehyde, and butadiene which are all comprised of cancer-causing carcinogens.

The risk of developing rickets: Heavy smog that lasts for prolonged periods blocks UV rays from reaching the earth surface. This results in low production of Vitamin D leading to rickets due to impaired metabolism of calcium and phosphorus in the bone marrow.

Implications for Plants and Animals

Smog inhibits the growth of plants and can lead to extensive damage to crops, trees, and vegetation. When crops and vegetables such as wheat, soybeans, tomatoes, peanuts, cotton and kales are exposed to smog, it interferes with their ability to fight infections thus increasing susceptibility to diseases.

The smog’s impact of altering the natural environment makes it difficult for animals to adapt or survive in such toxic conditions, which can kill countless animal species or make them susceptible to illness. Photochemical smog caused when nitrogen oxides react in the presence of sunlight, is established to destroy plant life and irritate sensitive tissues of both plants and animals.