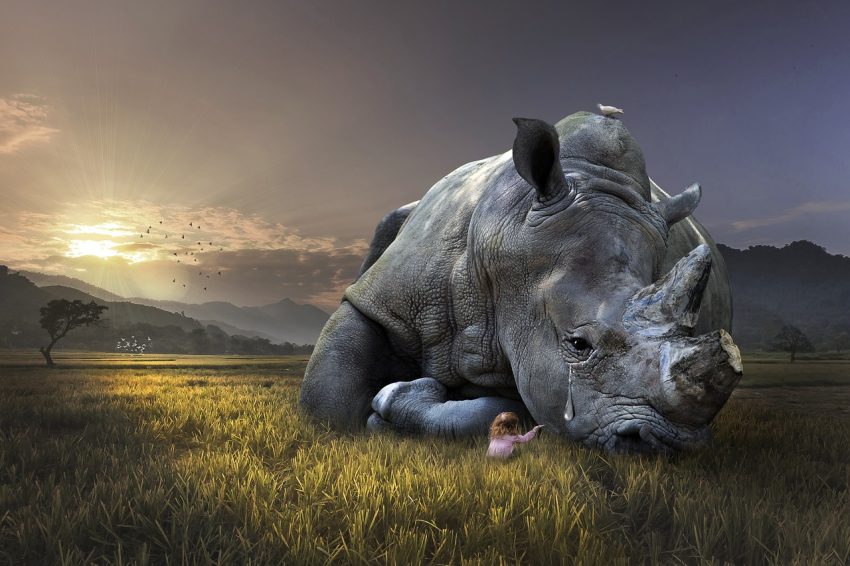 There is now a new form of crime in the mafia network: environmental crime. It is particularly true in the United States, France, Belgium, Ukraine, Madagascar, Vietnam, Malaysia, Indonesia, India, and China.

That illicit trafficking is leading to the massive destruction of both fauna and flora – a crime against nature. Unfortunately, the penal arsenal in force in many parts of the world is inadequate to punish Eco-crimes.

Here, it is not a question of pointing out the ecological damage caused by this or that industrial pollution, however severe it may be. The purpose of this post is quite different: to describe why and how organized crime professionals are now turning to the environment to diversify their usual sources of enrichment, such as drugs and weapons. The potential deposits are infinite: precious woods, mining resources, animals… As for the demand, it is increasingly influential, driven by a wealthy Asian class, in search of luxury, rare objects, good luck charms, and so-called miraculous remedies. The two worlds have every opportunity to meet each other through the Internet.

Based on a statement issued on 13 February 2019 by the South African Ministry of Environment, the number of rhinos killed in South Africa by poachers in 2018 was 769, or an average of two animals killed each day. Indeed, sad news that threatens one of the world’s largest mammals. For poachers, on the other hand, it is a juicy treasure hunt. In the United States, a kilo of rhino horn powder sells for more than $70,000, two and a half times more expensive than a kilo of cocaine ($28,000). The price is 55,000 euros in Asia. That much? Yes, because there is no price to human madness and that of Chinese and Vietnamese buyers in particular who believe that the rhino horn, made of keratin, a substance found in our hair and nails, cures everything, even cancer. Medical nonsense!

Illegal Trades Which Are Tracked:

– electronic waste from Europe to China;

– the tigers in India;

– and finally, counterfeit pesticides imported into France and Spain

As a result, environmental crime is now ranked by experts as the world’s fourth-largest illicit trade after drugs, counterfeiting, and trafficking in human beings – although it is challenging to assess illegal activities accurately. The turnover of illegal wildlife trade is estimated at $19 billion, according to a report published at the end of 2013 by the International Fund for Animal Welfare (IFAW). Besides, The Global Initiative, an international network of organized crime experts created in 2013 in New York, estimates that illegal fishing generates $23 billion a year. They also reported that the Camorra takes a loot of $27 billion each year from being one of the key players in the toxic waste traffic exported to the poorest countries such as Somalia

Eco-crimes are not just a cash machine. They also threaten the security of entire communities and regions. It is thus established that ivory trafficking – like that of diamonds – finances several armed forces in Africa, including, according to IFAW, the LRA (Lord’s Resistance Army, Ugandan rebellion), the Shababab of Somalia and the Janjaweed militias in Darfur. And the United Nations Environment Programme announced in early January that 100,000 elephants had been killed in Africa for their tusks over the past three years.

How can such a development be explained? “High profit, low risk.” Organized crime knows that prison sentences for plundering ecosystems are minimal compared to those for drug trafficking, for example. “If you are caught with a kilo of cocaine in the United States, you can get ten years. With one kilo of rhino horn powder, which is worth more, you risk a year,” says a U.S. Fish and Wildlife Service (USFWS) agent.

The topic is under close surveillance by many States and major international NGOs such as WWF and IFAW, as well as Interpol. The foreign police, relying on local forces from 190 countries, has, in recent years, taken measures to counter this new danger, multiplying investigations and multilateral operations. But nothing is certain. Traffickers have recently targeted seahorses whose flesh, according to a new fad launched on the Internet, is believed to cure AIDS. The battle is huge.

Between the poaching crisis of the 1990s and the current one, two contextual elements have entirely changed. First of all, there is organized crime that has seized this traffic, which is much less punished than others (such as drugs)… even if things are changing thanks to new legislation in many countries.

It remains for the authorities of the Asian countries to raise awareness among their populations to discourage the use of rhino ivory. China has already started, and Vietnam burned a stock in November 2016. But some say that this awareness will take a generation… Maybe too long to hope to save the planet’s 30,000 rhinos.