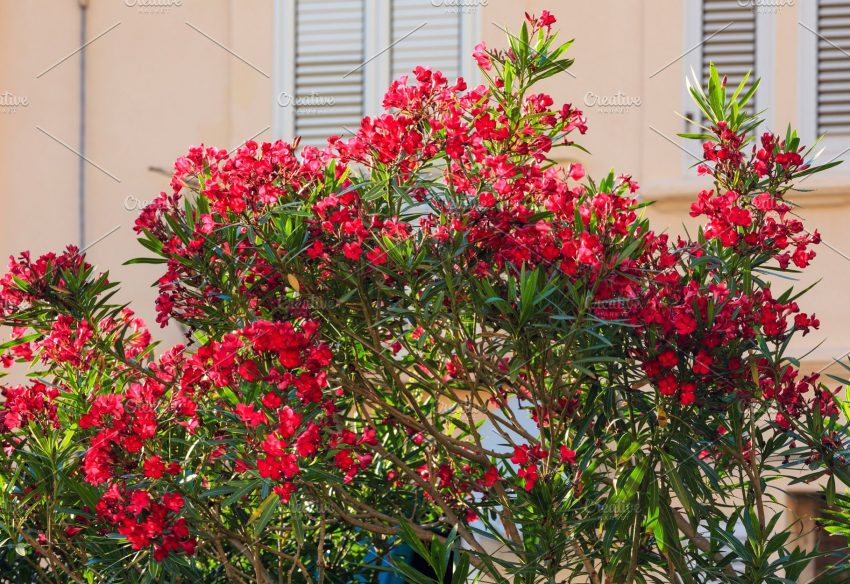 Mother Nature, at times it is benevolent like real mother but some other times it gets as tough as it can get. Life is beautiful and in order to protect it, nature has developed a defense mechanism into all living beings. Some of the living species have developed a defense system, which is vicious enough to prey and kill when needed. Everybody is scared of spiders and poisonous snakes, but little do they know that there are beautiful looking plants and flowers that can be as poisonous as snakes or spiders, it is reported that there are more than 100,000 people who get affected by poisonous plants every year. They may look harmless enough, but plants can harbor some of the most deadly poisons known. Here are some of the most infamous plants and their poisons.

Wisteria – These are stunning looking purple blossoms that originate from Japan, some parts of USA as well as China but today found all around the world. The Wisteria is a creeping vine and the plant can be quite large with a thick trunk and vine branches that can extend as far as 60 ft. While the blossoms on it look fairly lovely, it is thought that entire plant is rather harmful; eating any part of the shrub can create the following:

The treatment to exposure however is quite simple consisting mainly of anti-nausea drugs.

Nerium Oleander – Probably the most poisonous plant on Earth, every part of this plant is full of toxins. Two of the most powerful ones are oleandrin and neriine. An oleander’s poison is so strong, in fact, that it can poison a person who simply eats the honey made by bees that have digested oleander nectar. Despite its deadly nature, it is planted for decorative purposes. The oleander produces a lovely fragrance; however, the animals stay away. They are often used for highway barriers. Its rapid growth is used to prevent erosion at new construction sites. Oleander is poisonous to most animals as well as humans. Ingestion of oleander leaves has caused deaths in human beings. Though the toxin remains deadly for approximately the first 24 hours after ingestion, the odds of survival increase dramatically if the patient survives for a few hours. For successful treatment, the patient is induced to vomit, their stomach may be pumped, or they may be fed activated charcoal to absorb as much of the poison as possible.

Cicuta or Water Hemlock – Found mainly in the marshy areas of the American continent, this plant contains a deadly toxin, cicutoxin, which is concentrated mainly in the roots. Unfortunately, the white roots of the plant are often mistaken for the parsnip. Over the decades, it has earned itself a reputation of one of the deadliest plants on the planet. Cicutoxin causes violent and painful convulsions, nausea, vomiting, cramps, and muscle tremors. Those who survive the poisoning experience long-term health conditions, such as amnesia. No amount of water hemlock root is considered safe to ingest. Livestock have long been affected, leading to the common name “cowbane.” Poisoning in livestock is common and typically occurs following ingestion of roots of the plant. In the spring when the ground is soft, grazing animals tend to pull the entire plant out of the ground, ingesting both the foliage and the roots. Roots exposed by ploughing can also be the source of livestock poisonings. Ingestion of plant material may cause death in the animal in as little as 15 minutes.

Abrus Precatorius or Rosary Pea – Possessing beautiful fruits, the rosary pea contains black and red seeds. Used extensively in making imported jewelry, they are popular as rosary prayer beads. The pea seeds contain the poison abrin. The seeds are completely safe until they are scratched or the outer coating is damaged. Due to obvious reasons, it poses a greater danger to the jewelry maker than to the wearer. These are aggressively growing creepers which can cover a whole region if not kept in check. Abrin, the rosary pea poison is much more poisonous than ricin. About 2.5 milligrams of abrin is enough to kill a human, and each pea possesses more poison than the above-mentioned amount. It inhibits protein synthesis by bonding with the cell membranes. Symptoms of rosary pea inhalation poisoning are difficult breathing, fever, nausea, and fluid in the lungs. If ingested—and the seed coating is broken—rosary pea seeds cause severe nausea and vomiting, which eventually leads to dehydration and ends with the kidneys, liver, and spleen shutting down. Death usually follows within three to four days.

No wonder, that planet Earth has its own army to defend itself from harmful predators, such as humans!